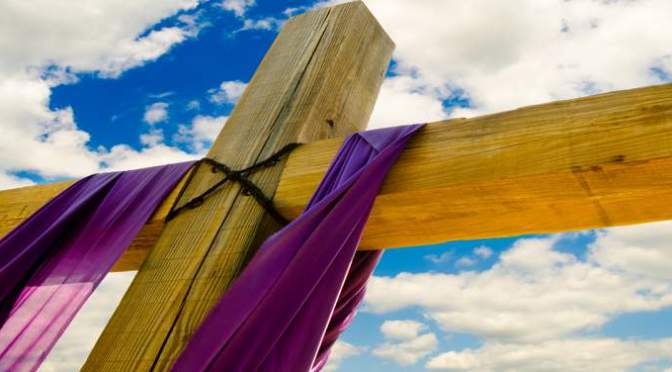 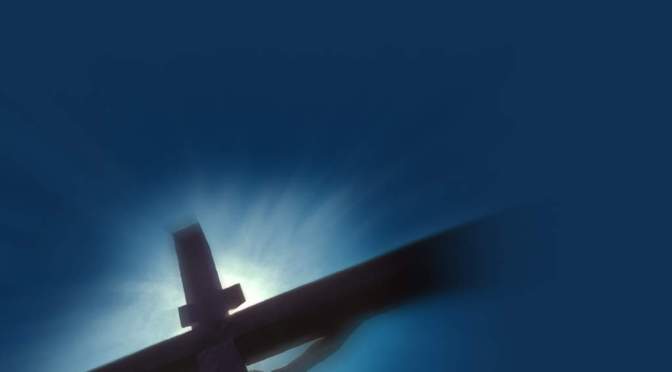 Our understanding of God’s love is so raw since it is shaped by our culture we were born in and raised, books that we read, music that we listen to, and movies that we watch. What we understand as love is only what we are capable of ourselves doing it to others. That is utterly inadequate definition of love. Jesus Christ is the embodiment of what love really is. God is love,[1] and His love is actualized and demonstrated in the person of Jesus Christ on the Cross in Calvary. He is no less than the incarnate Son of God, preexisted with the Father, not made but begotten, the fullness of Deity lives in bodily form.[2] Without diminishing his divinity, he voluntarily took a human form to deliver the humanity from the bondage of sin by offering himself as the ultimate sacrifice.[3] For the penalty of sin is death.[4] Jesus paid the price by his own blood even when we were still sinners.[5] And that is love.

These selected verses tell us the Nativity Story of Jesus Christ who was born in  Bethlehem through the conception of the Holy Spirit. Thus he fulfilled the ancient prophecy about him who being God himself took a human form and lived among us.

14 Therefore the Lord himself will give you a sign. Behold, thevirgin shall conceive and bear a son, and shall call his nameImmanuel.[a]
Footnotes:

6 For to us a child is born,
to us a son is given;
and the government shall be upon[a] his shoulder,
and his name shall be called[b]
Wonderful Counselor, Mighty God,
Everlasting Father, Prince of Peace.
7 Of the increase of his government and of peace
there will be no end,
on the throne of David and over his kingdom,
to establish it and to uphold it
with justice and with righteousness
from this time forth and forevermore.
The zeal of the LORD of hosts will do this.
Footnotes:

2 [a] But you, O Bethlehem Ephrathah,
who are too little to be among the clans of Judah,
from you shall come forth for me
one who is to be ruler in Israel,
whose coming forth is from of old,
from ancient days.
Footnotes:

The Birth of Jesus Christ

18 Now the birth of Jesus Christ[a] took place in this way.When his mother Mary had been betrothed[b] to Joseph, before they came together she was found to be with child from the Holy Spirit. 19 And her husband Joseph, being a just man and unwilling to put her to shame, resolved to divorce her quietly.20 But as he considered these things, behold, an angel of the Lord appeared to him in a dream, saying, “Joseph, son of David, do not fear to take Mary as your wife, for that which is conceived in her is from the Holy Spirit. 21 She will bear a son, and you shall call his name Jesus, for he will save his people from their sins.” 22 All this took place to fulfill what the Lord had spoken by the prophet: 23 “Behold, the virgin shall conceive and bear a son,
and they shall call his name Immanuel”

(which means, God with us). 24 When Joseph woke from sleep, he did as the angel of the Lord commanded him: he took his wife,

The Visit of the Wise Men

1 Now after Jesus was born in Bethlehem of Judea in the days of Herod the king, behold, wise men[a] from the east came to Jerusalem, 2 saying, “Where is he who has been born king of the Jews? For we saw his star when it rose[b] and have come toworship him.” 3 When Herod the king heard this, he was troubled, and all Jerusalem with him; 4 and assembling all the chief priests and scribes of the people, he inquired of them where the Christ was to be born. 5 They told him, “In Bethlehem of Judea, for so it is written by the prophet: 6 “‘And you, O Bethlehem, in the land of Judah,
are by no means least among the rulers of Judah;
for from you shall come a ruler
who will shepherd my people Israel.’”

7 Then Herod summoned the wise men secretly and ascertained from them what time the star had appeared. 8 And he sent them to Bethlehem, saying, “Go and search diligently for the child, and when you have found him, bring me word, that I too may come and worship him.” 9 After listening to the king, they went on their way. And behold, the star that they had seen when it rose went before them until it came to rest over the place where the child was. 10 When they saw the star, they rejoiced exceedingly with great joy. 11 And going into the house they saw the child with Mary his mother, and they fell down and worshiped him. Then, opening their treasures, they offered him gifts, gold and frankincense andmyrrh. 12 And being warned in a dream not to return to Herod, they departed to their own country by another way.

35 And the angel answered her, “The Holy Spirit will come upon you, and the power of the Most High will overshadow you; therefore the child to be born[a] will be called holy—the Son of God.

The Birth of Jesus Christ

1 In those days a decree went out from Caesar Augustus that all the world should be registered. 2 This was the firstregistration when[a] Quirinius was governor of Syria. 3 And all went to be registered, each to his own town. 4 And Joseph also went up from Galilee, from the town of Nazareth, to Judea, tothe city of David, which is called Bethlehem, because he was of the house and lineage of David, 5 to be registered with Mary, his betrothed,[b] who was with child. 6 And while they were there, the time came for her to give birth. 7 And she gave birth to her firstborn son and wrapped him in swaddling cloths and laid him in a manger, because there was no place for them in the inn.

The Shepherds and the Angels

8 And in the same region there were shepherds out in the field, keeping watch over their flock by night. 9 And an angel of the Lord appeared to them, and the glory of the Lord shone around them, and they were filled with great fear. 10 And the angel said to them, “Fear not, for behold, I bring you good news of great joy that will be for all the people. 11 For unto you is born this day in the city of David a Savior, who is Christthe Lord. 12 And this will be a sign for you: you will find a babywrapped in swaddling cloths and lying in a manger.” 13 And suddenly there was with the angel a multitude of the heavenly host praising God and saying, 14 “Glory to God in the highest,
and on earth peace among those with whom he is pleased!”[c]

15 When the angels went away from them into heaven, the shepherds said to one another, “Let us go over to Bethlehem and see this thing that has happened, which the Lord has made known to us.” 16 And they went with haste and found Mary and Joseph, and the baby lying in a manger. 17 And when they saw it, they made known the saying that had been told them concerning this child. 18 And all who heard it wondered at what the shepherds told them. 19 But Mary treasured up all these things, pondering them in her heart. 20 And the shepherds returned, glorifying and praising God for all they had heard and seen, as it had been told them.

The Gospel of John 3

9 Nicodemus answered and said to him; “How are able these things to be?” 10 Jesus answered and said to him, “You are the teacher of the Israel and these things you know not? 11 Truly truly I say to you that what we know we do know, and what we have seen, we testify, and you (all) do not receive our testimony. 12 If the earthly things I said to you (all) and you (all) do not believe, how then if I would say to you (all) the heavenly things you (all) believe? 13 And no one has ascended into the heaven except the One (He) having descended out of the heaven, the Son of Man. 14 And just as Moses lifted up the serpent high in the wilderness, so is it necessary the Son of Man to be lifted up high, 15 so that everyone believing in him may have eternal life.”

Nestorius was an archbishop of Constantinople from 10th April 428 to 22nd June 431 A.D.  It is not certain if Nestorius himself was a Nestorian; however, his name has been associated with this view. He got into trouble when he rejected the title, Theotokos – the idea that Virgin Mary should be called the “Mother of God”.

Regarding person and nature of Christ, Nestorius proposed two natures and two persons view. He believed that the unity of Christ’s human and divine natures is just like a man and his wife living under one roof. He believed that human and divine are impossible to unite with each other. If such union had occurred, then Christ could neither truly have  been equal to God or consubstantial with God nor consubstantial with man, since God cannot be borne  as a human, grow in to maturity, suffer, and die. However, there is a problem in this view. It makes difficult for Jesus to be both God and human at the same time. It diminishes the person and nature of Christ, thereby rejecting the true Logos Incarnation (In the beginning… [John 1:1,14]) in Nestorianism. Thus, Nestorius was condemned heretic by Cyril of Alexandria at the First Council of Ephesus in 431 A.D.

* Consubstantial (homoousios) : regarded as the same in substance or essence. This term homoousios stirred the Christendom which eventually led to Christological Controversy.