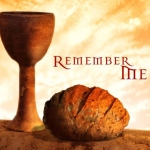 The historical narrative of the institution of the Lord’s Supper (Matthew 26:26-29) should be carefully assessed from Jewish cultural perspective. Everything Jesus used and shared with his disciples in the upper room has significant meaning and implication. Sometimes, the Lord’s Supper or the Last Supper is considered on a par with the Feast of Unleavened Bread or the Passover Feast. The Synoptic Gospels Matthew, Mark, and Luke indicate that Jesus ate the Passover Meal with his disciples on the day of the Passover Feast (see Matthew. 27:17; Mark. 14:12; and Luke. 22:7-14).

On the other hand, John plainly disagrees with the Synoptic Gospels on account of the Last Supper. He writes that the Last Supper took place before the Passover Feast (see John 13:1-4, 21-30). Some scholars argue that the Last Supper was an ordinary meal or some sort of special meal. But the Gospel writers mistakenly coupled this supper with the Paschal because of its nature.[1]  The Synoptic Gospels do not make any reference to the bitter herb, dipping bowl, roasted lamb, and the cup of Elijah. The Synoptic writers record Jesus and the disciples drinking from a common cup when they should supposedly be drinking from an individual cup in the Paschal meal. Thus, the scholarly debate is still ongoing in the issue if the Last Supper was a Passover Meal.

Likewise, some scholars argue that John was more concerned about the theology rather than recording historical events accurately. According to John, the Passover feast was yet to be celebrated when Jesus was brought before Pilate for the trial. Apparently, the Jews stayed outside of the pretorium, so that they would not defile themselves but could eat Passover the same night (see John 18:28; cf. 19:14).

Because of the nature and sensitivity of the Last Supper, scholars from both partisan have made serious attempts to resolve the Synoptic accounts with John’s account without losing the one’s theological significance and historical accuracy at the same time. The grammatical-literary discrepancies of these two accounts are resolved without invalidating one or the other by applying two possible dates for celebrating the Passover meal in Jesus’ days. Therefore, Jesus and his disciples could have eaten the Last Supper on Thursday night following the unofficial calendar while the High Priest and other Pharisees followed the official calendar and ate the Passover on Friday evening, the day Jesus died.[2]

This supper was an atypical meal because Jesus himself instituted the Lord’s Supper. In that day when Jesus was having the Last Supper with the disciples in the upper room, “Jesus took bread, and after blessing it broke it and gave it to the disciples, and said, “Take, eat, this is my body” (Matthew 26:26; cf. Mark 14:22; Luke 22: 15-20; 1 Corinthians 11:23-25). As Jesus was a leader and was hosting the feast, the responsibilities of a father in the feast would have fallen upon him. So, he would lead the disciples through different stages of rituals, singing hymns, reading the scripture, raising the cups and songs. [3]

Jesus takes the bread and blesses it and breaks it. He gave thanks and “by that thanksgiving made the Holy Communion to be a Eucharist – a service of thanksgiving.”[4] We give thanks to God for Jesus’ work on the cross. When the “breaking bread” passage occurs in the Bible, each “breaking bread” passage is followed by miracles whether it was of feeding several thousand people or in the house of Cleopas on the way to Emmaus. After breaking bread, Luke writes, their eyes were opened and they recognized him (Luke 24:30-31). “The breaking of bread constantly has its saving effects, both spiritual and temporal.”[5] Bread stands as the main source of life. Jesus claims, “I am the bread of life” (John 6:48). He is not simply feeding people bread to keep them alive temporally. He is so definitely stressing that he is the source of that bread which gives life. “He spoke himself as the Food for his people.”[6] Jesus is channeling people to leap into life of abundance.

Here, Jesus demands his disciples to eat the body. The Greek word used for eating here is φάγω (phago) which means “to eat” in some certain alternative tenses. However, the Strong’s Hebrew and Greek Dictionaries suggest that it also literally and figuratively means “eat, meat.”[7] In this case, the word φάγω is indicating to eating Jesus’ meat. This imperative command to the disciples is consistent to his prior teaching that a man must eat the flesh of the Son of Man in order to inherit eternal life (see John 6:53-56).

Verse 27-29: “And he took a cup, and when he had given thanks he gave it to them, saying “Drink of it, all of you, for this my blood of the covenant, which is poured out for many for the forgiveness of sins. I tell you I will not drink again of this fruit of the vine until that day when I drink it new with you in my Father’s kingdom.” When Jesus said the “blood of the covenant,” he is referring to the covenant relationship of the Father and the Israelites in the Exodus 24:8. Moses takes the blood and sprinkles upon the Israelites to remind them of the covenant that cannot be restored unless blood is shed. “There the sacrificial blood was dashed on the altar, the book of the covenant, and the people, to confirm the solemn agreement which the people had made to observe God’s law.”[8] That blood of Jesus is shed on the cross to redeem us.

Most Bible scholars believe that Jesus took the third cup out of four. In the Passover feast, Jews put four main cups on the table besides other cups for individuals. Each one holds profound meaning and every Jew is aware of the significance of the cups. They stand for four promises that God made to his people in Exodus 6:6-7. “They became known as The Cup of Sanctification, The Cup of Deliverance, The Cup of Redemption (Blessing), and The Cup of Acceptance (cf. 1 Corinthians 10:16).”[9] Furthermore, Blomberg writes that “Jesus may not have drunk the fourth cup of wine; at any rate he knows he will not be celebrating this festival again until his second coming.”[10] It reminds us of his promise that he will not drink until that day we drink together with him in the kingdom of the Father.

He surely dispensed his abundant grace to us and enabled us to receive his grace by the work of the Holy Spirit. The bread is broken and the blood is poured out for those who are called by their names.

Thus, we must always remember that Jesus Christ himself instituted this essential ordinance or communion. In Luke’s gospel, he stresses in the continuation of the communion “Do this in remembrance of me” until he returns to the world with his full glory and power (Luke 22:19). Bread and blood are figurative elements of Jesus Christ. “This held that the elements of bread and wine remained exactly what they had been but that, in the sacramental context, they were signs or reminders of the heavenly Lord with whom the believers communicated spiritually.”[12]

Christ became food for our soul and body. The bread and wine elements should not be blended with the soul of Jesus. It is not like he gave us his soul. He surely dispensed his abundant grace to us and enabled us to receive his grace by the work of the Holy Spirit. The bread is broken and the blood is poured out for those who are called by their names. In fact, there is a debate whether breaking the bread means literally breaking the body of Jesus. Some argue that breaking of bread cannot be applied literally to Jesus, because his single bone was not broken while he was on the Cross (John 19:36). But to me, his body was literally broken apart from bones. His shoulders were dislocated after hanging on the Cross. His face was beyond recognition (see Psalm 22:14; Isaiah 52:14).

Jesus seals the new covenant with his own blood. This is the covenant for the remission of our sins. He is the great sacrifice for our sins. He has given himself to us:

He could not be our Life if he had not given up his own life. It is not the body of Christ in his earthly ministry, it is the body on the cross, that feeds us. It is not the blood in the veins, it is the blood shed, that saves us. The Lord’s Supper was instituted on the night before Jesus was betrayed. It pointed on to the cross. It is now the great memorial of Christ in his sacrifice for us.[13]

The upper room discourse is leading the story toward the cross. He is administering his disciples as a servant but at the same time, he is fulfilling the role of priesthood. He himself is the lamb for the remission of sins of mankind.

[2] New International Version Study Bible. For Galileans, a new day beings from 6 am to 6 am next day, while Judeans start their new day from 6 pm to 6 pm next day.

[7] Strong’s Hebrew and Greek Dictionaries, G5315. E-Sword Computer Software. There is another Greek word ἐσθίω could have been used, but the Matthew chose to use the prior one to this. It also means “eat, devour, live” but it does not have connotation of eating ‘meat’. Strong’s Number G2068.