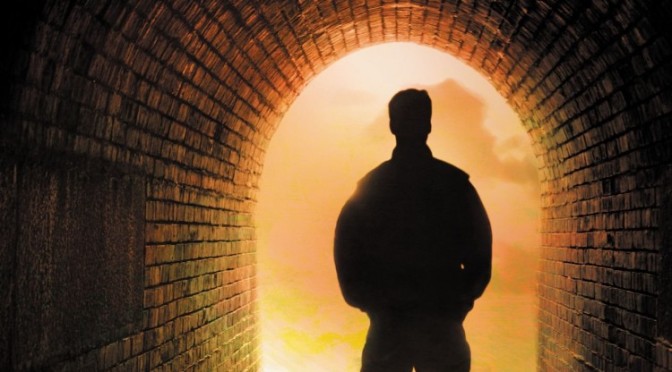 … The professor was teaching rarefied science, describing the subatomic world. At that level, things happen that make no sense to those of us who conceptualize the world at only a human level. Even the apparently simple idea of atoms is baffling when we think about it. It means that the chair I am sitting on is not actually a solid object, innocently supporting my weight. It is almost entirely empty space, occupied only in small part by particles moving at incomprehensible speeds. When we think about it, it seems wrong, but it’s just the way things are in our universe. There’s no use arguing about it.

I turned my glance away from the other students, concluding they had not blindly accepted a nonsensical concept. They had just realized before I did that there were truths about our universe that do not fit easily into our minds.

My eyes rested on the three separate structures of nitrate on the wall, my mind assembling the pieces. One molecule of nitrate is all three resonance structures all the time and never just one of them. The three are separate but all the same, and they are one. They are three in one.

That’s when it clicked: if there are things in this world that can be three in one, 3even incomprehensibly, so then why cannot God?”

Nabeel is a speaker with Ravi Zacharias International Ministries. Recently, his book was published by Zondervan and now is in the market.

One thought on “Sabbatical Excerpt: Nabeel Qureshi on The Trinity”