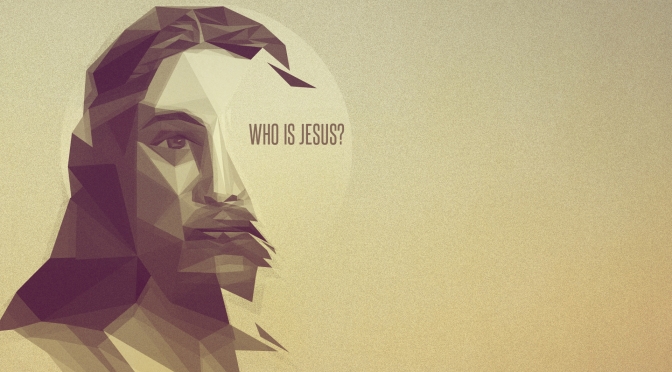 This is a fundamental question that was being raised over and over in the gospels. People around the world have also been asking the same question who Jesus really is. The same question Jesus asked Pharisees and his disciples in the first century who they think he was. This question remains and will continue to remain on the table for debate and explanation for the days to come. And our generation has a burden to tell the world who Jesus really is, as he is revealed to us in the gospel accounts and extra biblical materials.

According to popular culture, Jesus is a man who was born into a nomadic people group in the vicinity of Palestine 2000 years ago. He is a good moral teacher and revolutionary leader. Probably, he is an apocalyptic teacher. In the throng of isms, some have very lowly view of Jesus. A person like Oprah Winfrey thinks that Jesus is a ‘guru’ who came to the world to awake our Christ’s consciousness that was non-operational in its deep slumber. He is a path or a god who can lead to the essence of all consciousness.

The another conception about Jesus in our present day culture is that he is a man who claimed to be the Messiah but failed miserably to live up to his own claim. He is a poor deluded guy. And some people are simply ignorant to all the historical facts and reject that he ever lived in this world.

According to Matthew, Jesus is the fulfilment of prophecy. He is the promised Messiah, the king of Jews. When Jesus rode to Jerusalem, the entire city stirred up and asked, “Who is this?” (Matthew 21:10). Matthew takes this burden to answer people about his master. Jesus is a righteous teacher, similarly Moses but superior to him. He is the son of David, Royal King, and the ultimate Deliverer. He is entitled ‘Son of David’ which occurs nine times (9:27; 15:22; 20:30). Pilate asks Jesus if he is  the “king of Jews” (27:11). Jesus is also presented as the Wisdom Incarnate and Lord (12:42; 13:54; 8:2, 6, 25; 9:28). Jesus is the Messiah, the new Moses who teaches in his own authority.

For Mark, Jesus is the suffering servant of God who teaches people with authority. Mark’s portrayal of Jesus is an emotional persona who is full of emotions just as we have: anger, frustration, compassion etc.. Nevertheless, Mark introduces Jesus as the Son of God in the beginning of his gospel. This suggests that Mark was highlighting the hypostatical union (the divine and human natures in one person) of Jesus in parallel. Hence, he answers the question of the disciples that they were asking each other, “Who then is this, that even the wind and the sea obey him?”, when Jesus rebuked the wind and stilled the sea (4:41). Thus, Jesus is the Son of Man who is the Most High.

In the gospel of Luke, Jesus is the compassionate Savior of all mankind (2:11). Pharisees asked who Jesus was when he healed people (5:21). People around the table eating with Jesus also asked who Jesus was when he forgave sins of a prostitute (7:48). Herod also asked “Who is this about whom I heard such thing? (9:9)” The simplified answer to all of these questions is that Jesus is the Savior, friend of poor and oppressed.

Apart from all these attributes, I lack words which carry the identical connotation of the titles that have been used. For me, Jesus is my personal Lord and Savior who became one of us and lived with us. He is the Son of God, Master, servant, and friend. As CS Lewis writes that Jesus is the Son of God, it cannot be otherwise.

“A man who was merely a man and said the sort of things Jesus said would not be a great moral teacher. He would either be a lunatic – on a level with the man who says he is a poached egg – or else he would be the Devil of Hell. You must make your choice. Either this man was, and is, the Son of God; or else a madman or something worse. You can shut Him up for a fool, you can spit at Him and kill him as a demon; or you can fall at His feet and call Him Lord and God. But let us not come with any patronizing nonsense about His being a great human teacher. He has not left that open to us. He did not intend to.”

He is the Lord and God who made his way down to earth in the flesh who dwelt among us. Taking a human form, he humbled himself but elevated humanity from the fallen state. He is the God who came to the world to mend our broken relationship with the only One True God, the Heavenly Father by reconciling us with Him and establish relationship he has willed for me. There is no other way.